This is an announcement I never thought I'd make. As much as it saddens me, I have decided to sell the Kirki #WordPress plugin. If you're interested PM me. If you're not, then please RT.

According to the owner and developer of Kirki Aris Stathopoulos, Kirki is looking for a new home. He tried looking for co-maintainers in the past but no was is ready and he was not ready to donate the plugin.

He is always scared that those who get a plugin for free, will not take care of it as he does. So ultimately, he decided to sell it. He is still looking for a deserving person/company that makes him feel comfortable parting with it as a child.

Furthermore, he added, if someone buys the plugin they must be willing to advance it and take it to the next level. That’s why it’s being sold instead of donated.

As he said, maintaining this framework is easy and he could keep maintaining it as-is for years. The hard part is spending the time to take it further. It has a lot of potentials, especially with FSE, etc, provided that someone is motivated to spend the time to do it.

The first release of this plugin was in 2014, 6 years ago. The plugin was developed just to get his job faster.

He said, “I started it to avoid a lot of code-replication. The native Customizer API is great, but it takes a lot of code to do something simple”.

He added, “It’s versatile but complex. Kirki started as a simple set of functions because I wanted to make writing my own themes faster. It didn’t start as a framework, it started as a few simple helpers to get my job done faster”.

There are so many popular WordPress themes are using this framework to provide the best experience for the users.

It has included more than 30 custom controls ranging from slider to Google font integration. Besides that, it has checkbox control, color pallette control, toggle control and many more.

Kirki is released under MIT license and open source and you can use it on both free or commercial projects.

I used this framework for so many projects and I personally recommend to all the theme developers to use this because it’s easy to integrate and customize. Moreover, your users will feel the best customizer experience. 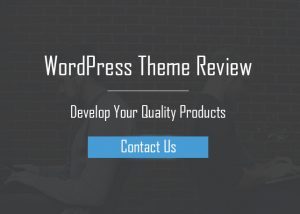